If you’re thinking about going a bit retro with your basketball sneaker options, there are worse options than the Nike Air Force Max Charles Barkley Black. Functionally, this design represents the very epitome of Nike‘s design philosophy as it pertains to 90s era basketball. The uppers are in a soft yet supportive leather construction. This was pretty much the standard in this time, presenting a certain durability.

The details are also in surprisingly high quality builds. While the base layer is covered in thick slabs of suede, sections such as the lateral Swoosh branding jump out in a smooth and more rigid traditional leather cut. The stitch details throughout are remarkable, giving is a clue as to how many parts of this shoe have to be held tightly together.

The functional elements here are indicative of the era as well. Nike knew they had to supply this shoe to a very special athlete. This iteration, in particular, commemorates Barkley’s first stint with the Phoenix Suns.

In their glory days, this team was tearing through the NBA thanks to a high octane offense that featured all sorts of weapons. Whether it was Dan Majerle sniping at you from the three-point line or Kevin Johnson knifing through defenses with phenomenal handle and bounce, the Suns were a problem for most teams in the league.

Charles Barkley, however, was the very center of that problem. Standing not much taller than 6’4″, Barkley was a revolutionary who flipped the term Power Forward into something pretty remarkable. He was seemingly always smaller than the guys he faced on the other side of the court, but always managed to find his footing. His combination of surprising speed, skill, and brute strength made him an actual nightmare to play against.

That combination was what went into consideration when putting this shoe together. The Air Max midsole, equipped to provide some chunky shock absorption along the heel, gives tangible feedback that took on quite the pounding. A layer of foam separated the foot from the actual cushion and added to this supportive profile.

Barkley was quite a high flyer as well, so the strapping system came in handy. Resembling the Air Jordan 8, this cross-foot lockdown helped to keep the wearer’s foot stable whilst changing directions or taking off.

If you’re just looking for a piece of basketball history, and not something to hoop in, this ode to one of the greatest forwards of all time is still a great choice! Check out the Nike Air Force Max Charles Barkley Black available now at select stores like 43einhalb. 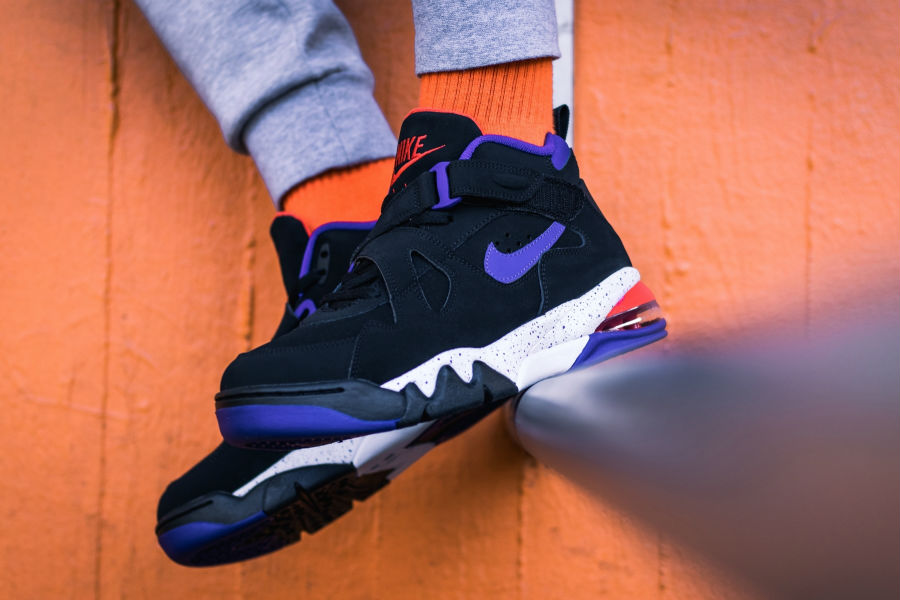