All There is to Know About the Nike Kyrie 3

The Nike Kyrie 3 is a rare piece of the sneaker world and it surely is one of the best basketball shoes. It’s a gem in more ways than one, but every bit of its status as an elite piece of performance footwear revolves around the notion of consistency. Like the rest of the Kyrie line, Nike manages to remain steady when it comes to this new source of both acclaim and revenue.

The Nike Kyrie 3 is – again, much like the rest of the line – a shoe that is very obviously reserved for the basketball court. It also exists as something of a cultural item thanks to the man himself. Even the functionally focused brilliance of a basketball sneaker can’t resist the overshadowing hype of a deadly crossover.

Fittingly, that’s where our story on the Kyrie 3 begins. Going back to the drawing board, the design crew behind this model have plenty to work with. Both the Kyrie 1 and Kyrie 2 debuted to – and managed to stick with – uproarious acclaim.

It was the sort of reaction that Under Armour’s Curry line was receiving in the early going. Yet and still, it felt like the time was right to take things just a tad bit further. Now, of course, the Nike Basketball design folks weren’t crazy.

The Kyrie 2 was, to put it mildly, a huge success. There was no reason to deviate away from the original design in any massive way. But, that left the question as to how to improve this seemingly ideal standard on-court model.

Well, one way to do it was to examine the shoe’s most tangible strength – its traction – and enhance it. Considering how solid the Kyrie 2 was in this regard, further improving it would prove to be quite the task. 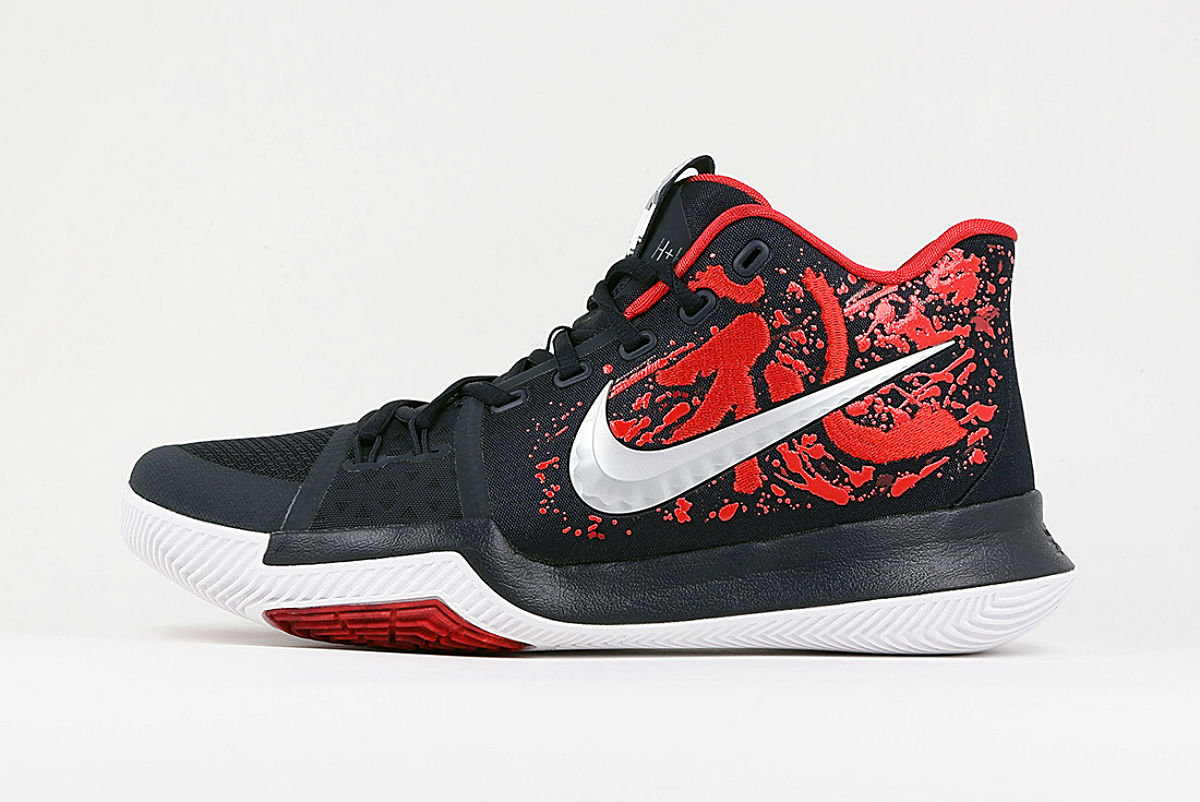 Fortunately, the design process for the Kyrie 3 had plenty in the way of inspiration. Kyrie Irving has innumerable game footage that designers and engineers can use to figure out exactly what he needs from a performance sneaker.

As the folks at Nike did their research, they noticed a few things. Namely, the lightning-quick guard often stopped with such incredible speed and suddenness that his defenders could rarely get the bottom half of their bodies to coordinate with the top half. Hence, the several clips of said defenders falling back in disbelief.

To amplify these sudden stops, designers threw on the most glaring visual element of the outsole, the new traction pods. To most, it’s still little more than a visual addition. But, for Kyrie, it’s a weapon.

These pods add a layer of traction that helps the superstar guard not just stop quickly, but take off from that point and switch directions before his defenders can recover. With the Kyrie 3 coming in at a weight of 14.5 ounces, which isn’t exactly light, this is an impressive addition.

To put it in perspective, one of the most popular sneakers for speedy guards is the Nike Kobe 11, which weighs in at just over 12 ounces. Thanks to a special lockdown system – focusing on keeping your foot from flying out on a pull-back move – the fit felt close and tight. 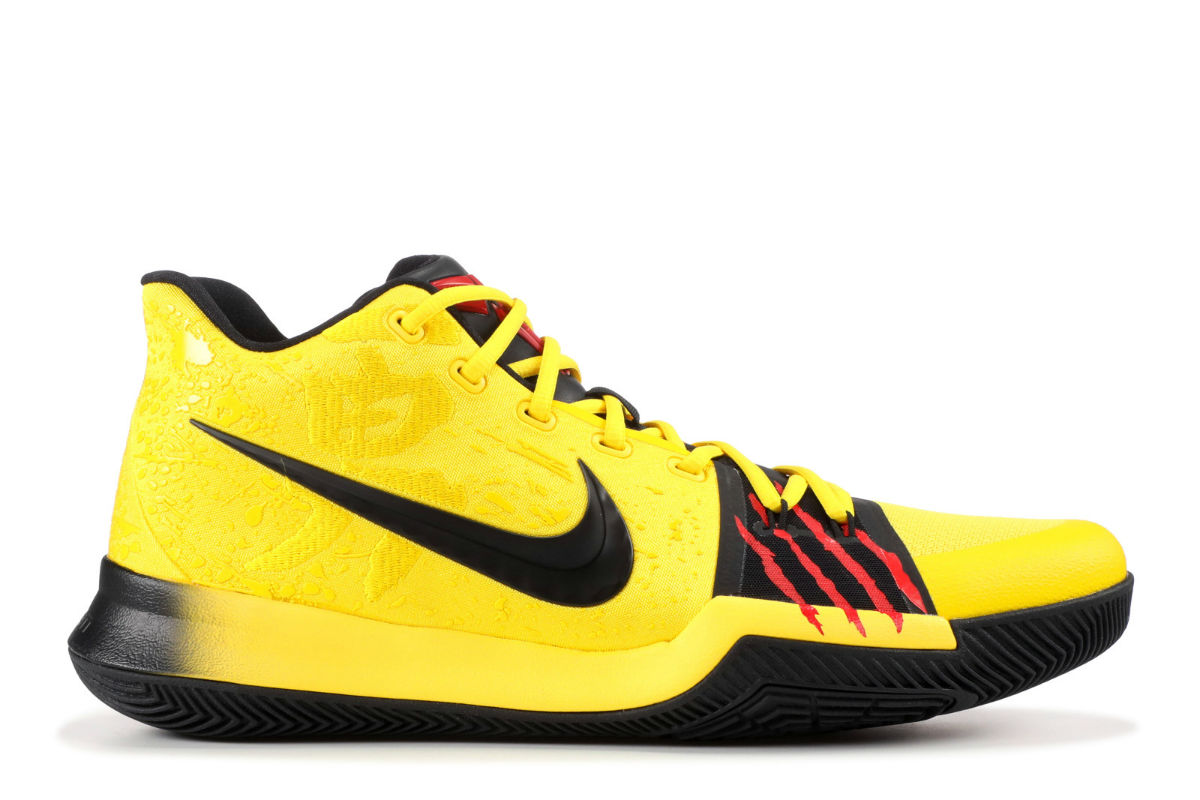 As such, the rather average weight of this shoe was seldom felt for even the speediest guards. It’s also worth noting that this setup does result in the shoe running a bit narrow, with some particular snugness around the midfoot. Wide-footers beware!

Releasing at an original retail price of $120, this piece of footwear innovation was also available in a multitude of colorways. They all seemed to come with imaginative names as well.

The debut during the 2016-2017 NBA season included general release looks such as the “Samurai,” “Black Ice,” and “Hot Punch” colorways. There’s a ton to love about this shoe, and even more reason to expect further brilliance from this signature line.

Check out some great colorways and versions of the Nike Kyrie 3 available to shop now at Flight Club.